It is a cherished photo. An array of hands, palms up, joined in a circle. They are the hands of women in a show of strength and solidarity for their decades-long friend Kris Trustey, who was enduring unimaginable loss.

First, it was Kris’ 22-year-old only son and firstborn child, AJ, who died of complications from epilepsy in October 2014.

Nine months later, Kris lost her husband, Joe, and 18-year-old daughter, Anna, when their plane crashed on a trip to visit colleges in the Midwest. Kris and her remaining daughters, Caroline and Claire, were left to navigate a completely new life together.

“When AJ died, Joe seemed to know instinctively to soak up all the love and support that came our way,” Kris said. “While my impulse was to withdraw or ‘float’ my way through that time, he continued to move through life and, when I think about it, he was showing me the way.”

After the accident, there were many people—including Kris’ college friends who gave her the “hands” photo—who encircled Kris and her daughters with love and friendship. “Individually and collectively, they got us through some of the hardest moments,” she said.

McLean also has been a source of healing for the Trustey family. Kris and Joe were philanthropic and involved in a number of local charities. However, it was AJ who first brought them to McLean when he struggled with serious depression as a teenager. Kris remembers it as a lonely, dark time. “We were very quiet about it. We didn’t want him to be labeled, so we kept it in,” she said.

“Initially, we couldn’t even mention the word ‘depression’ in AJ’s presence. But over time, he taught me so much by the way he dealt with the vulnerabilities and realities of both his depression and epilepsy.”

Kris joined McLean’s National Council in 2013 and began to be more open about her association with the hospital. “As I got more involved, people would share their experiences with me,” she said. “You could see the relief on their faces. That is what has led me to make McLean my biggest work now.”

Kris and Joe had been discussing a gift to McLean’s $100 million comprehensive campaign, although “we hadn’t settled on anything yet,” Kris said. When she learned about McLean’s Center of Excellence for Women’s Mental Health—a new initiative launched as part of the campaign—it resonated. “I have benefited from the strength of women throughout my life, and now that Caroline, Claire, and I are a family of only women, it became a natural focal point for our philanthropy.” 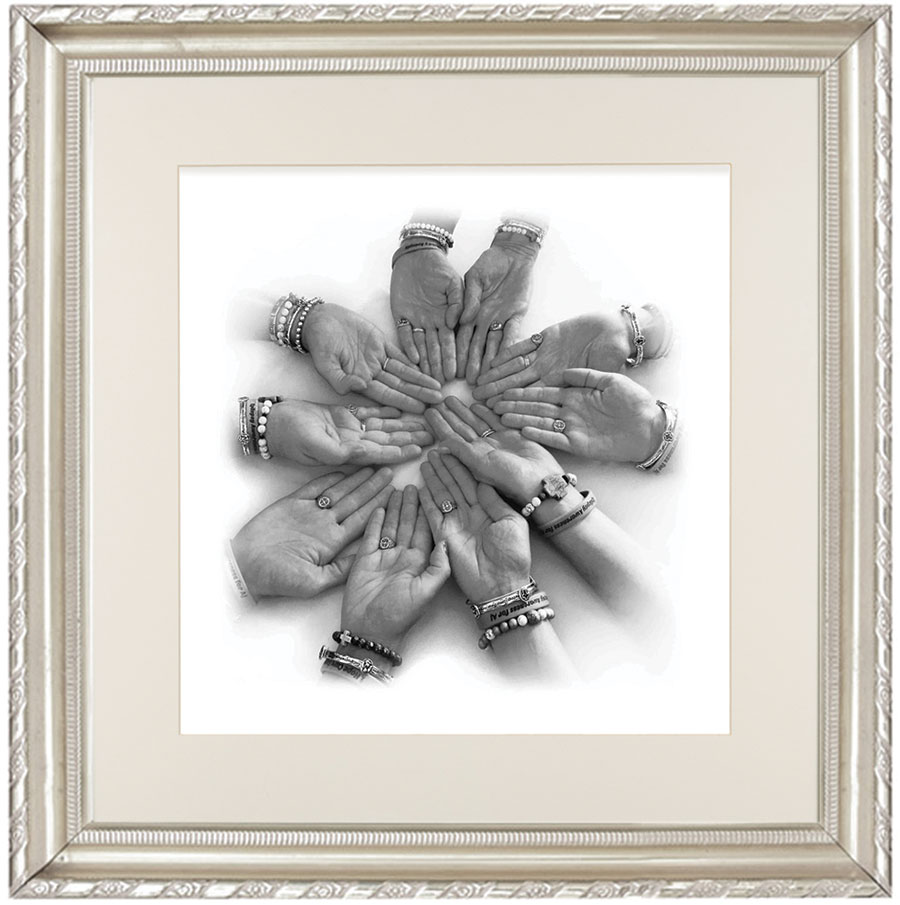 In June 2016, Kris made a $2M gift to establish the Kristine M. Trustey Endowed Chair in Psychiatry, which supports the chief of the Center of Excellence for Women’s Mental Health. Dr. Shelly Greenfield is the chair’s first incumbent.

“I’m so grateful for McLean’s leadership in this arena and also for the donors who have supported the vision leading up to this tremendous opportunity,” Kris said. “I feel energized by the work being done and proud that we are creating a platform to leverage McLean’s incredible expertise on behalf of women.”

Kris keeps the photo of her college friends’ hands on her desk, as it reminds her of the power of women. She hopes McLean’s work will bring new research and treatments to improve mental health for women and girls, and also will serve to educate more people. “Ultimately, I hope it inspires others to become involved, so that we can work collectively to erase stigma.”