Christina “Chrissy” Bonello, director of Information Technology for the McLean Imaging Center and an associate in psychiatry at Harvard Medical School passed away unexpectedly on Friday, June 22, 2018.

After earning her BS in Biomedical Engineering from Boston University, she received advanced certificates in UNIX and C++ programming from Worcester Polytechnic Institute as well as a Master of Science. Chrissy began her career at McLean Hospital in 1994 as a clinical research technician in the [then] Brain Imaging Center, and ultimately transitioned to a position focused on IT. 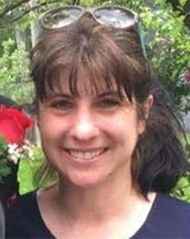 Over her 24 years at the McLean Imaging Center, she was instrumental in the design, support, and management of a complex array of information systems which serve countless scientists and hundreds of patients and research participants each year, Chrissy was well known and highly respected across the hospital and the broader Partners community.

In addition to her remarkable technical skills, Chrissy was an exceptional colleague, always willing to help with any problem despite her own responsibilities. Her selfless nature allowed her to always see the very best in everyone, and her patience and infectious laugh immediately put all of those around her at ease. She was an extraordinary friend and a devoted mother with a generous soul, always putting others’ needs ahead of her own. She will be missed, but never forgotten.

Chrissy is survived by her son Miguel “Mac” Cintron III, her mother Sandy, her fiancé Nicholas Yale, and many relatives and close friends. Funeral services will be held at John C. Burns & Sons Funeral Home located at 305 Broadway, Cambridge, Massachusetts on Monday, July 2 from 10:30-12:30pm.