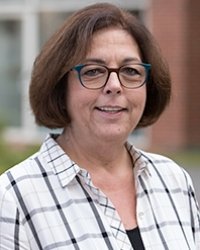 Patricia Diaferio, LICSW, graduated from the Boston College Graduate School of Social Work while working as a social worker at the Massachusetts Department of Social Services. She worked in the Emergency Department at Brigham and Women’s Hospital prior to moving her career to McLean Hospital in June of 1996.

Ms. Diaferio initially worked in Child and Adolescent Services before becoming a clinical team manager in the Division of Alcohol, Drugs, and Addiction. She has been the associate director of LEADER men’s residential program since June of 2013. She also works with LEADER patients in the outpatient clinic as well as being a liaison to various police and fire departments’ employee assistance programs for first responders. Ms. Diaferio has extensive experience working with co-occurring disorders.