Researchers at McLean Hospital, an affiliate of Harvard Medical School, have discovered for the first time that computerized brain training can result in improved cognitive skills in individuals with bipolar disorder.

In a paper published in the October 17, 2017, edition of The Journal of Clinical Psychiatry, the researchers suggest that brain exercises could be an effective non-pharmaceutical treatment for helping those with bipolar disorder function more effectively in everyday life.

“Problems with memory, executive function, and processing speed are common symptoms of bipolar disorder, and have a direct and negative impact on an individual’s daily functioning and overall quality of life,” said lead investigator Kathryn Eve Lewandowski, PhD, director of clinical programming for one of McLean’s schizophrenia and bipolar disorder programs and an assistant professor at Harvard Medical School. “Improving these cognitive dysfunctions is crucial to helping patients with bipolar disorder improve their ability to thrive in the community,” Lewandowski added.

Lewandowski and her colleagues knew from previous studies that this type of intervention had helped patients with schizophrenia improve cognitive functions. “There is considerable overlap in cognitive symptoms between bipolar disorder and schizophrenia,” Lewandowski noted. 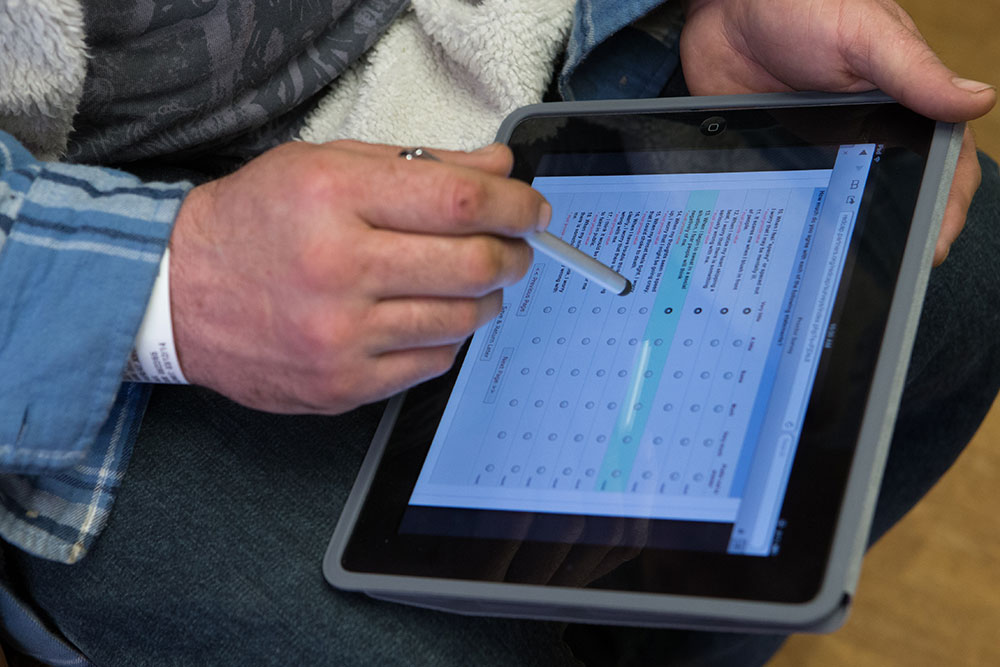 The researchers therefore decided to test the impact of brain exercises in the bipolar population. They randomly assigned patients with bipolar disorder, aged 18-50, to either an intervention group or an active comparison group (used as a control). The intervention group was asked to use a special regimen of neuroplasticity-based exercises from Posit Science—maker of the BrainHQ online exercises and apps—for a total of 70 hours over the course of 24 weeks. These exercises use a “bottom-up” approach, targeting more basic cognitive processes early in the treatment to strengthen cognitive foundations, then moving on to training focused on more complex cognitive functions later in the program. The control group was asked to spend an equivalent amount of time on computerized exercises that focused on quiz-style games, like identifying locations on maps, solving basic math problems, or answering questions about popular culture.

Lewandowski is encouraged by the findings, as they demonstrate that “this type of non-pharmaceutical intervention can significantly improve cognition in patients with bipolar disorder,” she said. “These findings suggest that once the brain is better able to perform cognitive tasks, it will continue to strengthen those processes even after patients stop using the treatment.” In addition, Lewandowski said, “The study indicates that affordable and easily accessible web-based interventions can be effective for a broad group of patients.”

Lewandowski noted that further research is needed to determine how the improvements in these cognitive skills impact work and leisure activities and daily functioning in patients with bipolar disorder.