Since first opening its doors on the McLean campus in Belmont, Massachusetts in February 1997, the OCDI has expanded three times and has treated more than 10,000 adults from around the world. It has also been used as a model for the development of other residential treatment programs in the United States.

“Even as late as 1997, there was not a good understanding of how many people were actually struggling with OCD and how the traditional therapy interventions at the time were not helpful,” said Diane Davey, RN, MBA, program director of the OCDI and one of the program’s founding staff members. “In fact, OCD treatments back then were making patients’ conditions worse, not better. However, since that time, the understanding and recognition of OCD has definitely improved.”

“When we opened, it was the only program of its kind in the country, and while we knew there was a tremendous demand for this kind of service, we could not have predicted that this program would ultimately change the landscape of OCD treatment worldwide,” said Philip G. Levendusky, PhD, ABPP, senior vice president of Business Development for McLean Hospital.

Using unique clinical approaches, including exposure and response prevention (ERP), group, individual, and family therapy, as well as cutting-edge research, the OCDI has continued to evolve and set the standard for OCD treatment worldwide.

“From the very beginning, we knew we needed to collect data on the experiences our patients were having,” said Jason A. Elias, PhD, director of clinical research at the OCDI. “The primary mission is to help people get better, and the only way to optimize that is to collect information and use what we learn to develop improved treatment models. Clinical care and research are interwoven within this program and in the end, that benefits our patients greatly.”

Lisa, a hairstylist from Central Massachusetts, is one of the many people who have benefited from the OCDI’s innovative treatment approach. Living with OCD since she was 12, Lisa credits a 10-week stay at McLean’s OCDI as an adult with giving her the coping skills she needs to be a successful professional, mom, and wife.

“Coming to the OCDI was probably the hardest thing I’ve ever done, but it is also the best decision that I have made,” said Lisa. “The days were long and tiring, but thanks to the staff and the ERPs, I was able to face my fears and obsessions and finally got to a point where I was in control of the illness and not the other way around.”

According to Michael A. Jenike, MD, the founder of the OCDI and current senior consultant to the program, Lisa’s case is not unique.

“For some people, the illness is just so severe, and no matter how wonderful outpatient therapy can be, it simply isn’t enough, and a more intensive program like ours is needed,” said Jenike. “We’re able to offer specialized treatment provided by some of the best experts in the field.”

The OCDI has been such a success, and based on statistics that show that most people develop OCD by age eight, McLean recently launched its Child and Adolescent OCD program, also known as OCDI Jr.

From the day it opened, the Child and Adolescent OCDI has been operating at full capacity and providing treatment to children and teens from as far away as Mexico, Zurich, and Montreal, said Lisa W. Coyne, PhD, OCDI Jr. program director, adding that 1 to 2% of children and teens in the United States live with OCD. “We have an extensive waiting list, and the need for our kind of services is huge. We are really looking forward to a time when we can grow our program to have more beds to serve more kids.”

To learn more about the adult and child and adolescent OCDI programs, please call 617.855.2776. 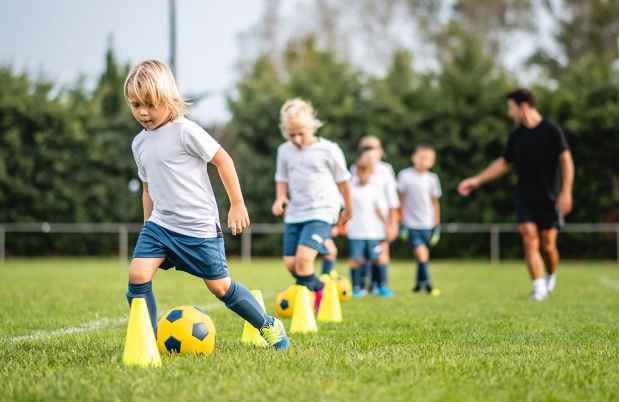 The Difference Between OCD and Perfectionism
More News