Rachel is a former patient at the OCD Institute.

I’m obsessed with “The Real Housewives” and “The Rachel Zoe Project.” And I love to sew. I’ll sit down on a Saturday morning, coffee in hand, and watch a few episodes in a row, sewing by hand or speeding fabric through my machine. Either of these things might look like OCD-obsession to someone who doesn’t understand, but I learned a few years ago about the difference between these “obsessions” and my OCD.

I’m like a lot of people who were diagnosed more than a decade after its onset. It started when I was ten, and I was diagnosed at 32. That first year after diagnosis was, to put it mildly, a real doozy. I felt like I had wasted nearly my entire life for what was a disorder? I’d ended friendships, been tortured by thoughts, and thought I had no future—all because of stupid OCD?

I thought it was too late for me to make what I wanted of my life. When my OCD really took over, I dropped out of grad school. I’d isolated myself from friends. I couldn’t function in the most basic ways (such as making food for myself) and I didn’t think there was any way to get out of what I saw as a giant hole. 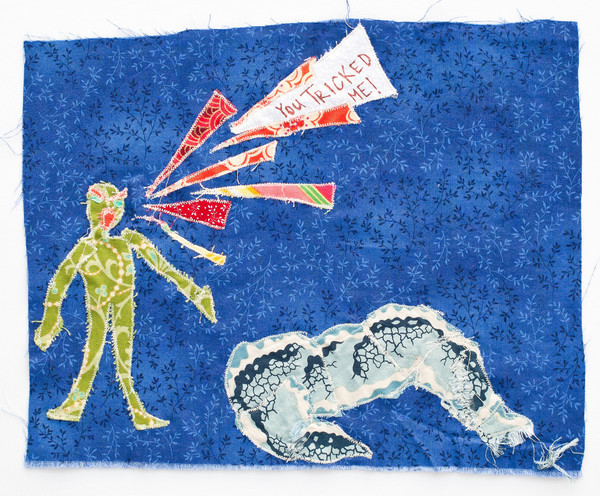 Fast forward through a year of treatment, three months at the Obsessive Compulsive Disorder Institute (OCDI), a lot (a lot, a lot!) of work and perseverance, consistent therapy, and two years later, here I am—enjoying the world and other people again. Back in grad school, sewing in front of the TV after a long week of school work and teaching. Spending time with friends over dinners, barbecues, and days at the beach.

I still have to stay on top of my OCD. The other night, I realized that I’d gotten scared of the chemical used to kill fleas in my apartment months before. I’d left the couch covered because I thought the chemical was still on there. I told my friend, “I think I’m OCD-ing about the chemicals.” She laughed. I said, “No, not pretend-OCD, I mean real OCD. I’d better lick the couch or something.” I followed her puzzled look by explaining exposures, and she said, in a matter-of-fact tone, “Sure, it’s just like depression or anything else—you gotta stay on top of it.” Yes. I still have to stay on top of it, and there are moments when I need to stomp the OCD back into the little worm I turned it into at the OCDI. “Ha! Take that!”

Those moments when I need to do an exposure are fewer and farther between now, being just small blips in long, good days. I’m still learning to take on less, to let some of the perfectionism go, to stop trying to achieve quite so much, to go easier on myself, to…strike a balance in my life. My OCD is pretty weak now, having gone from big monster to puny worm. I’ve reached a lot of those goals that I set on my goal sheets at the OCDI, and I’m not alone anymore. Right now, I’m about to do what I never could have seen myself doing three years ago—driving to the beach with a friend and my dog for a much-deserved long walk in the sun.

Deconstructing Stigma: Remember to Live in the Moment
More News