The brain—it only weighs three pounds, and 73% of it is water.

But the remaining 27% is a dynamic computing machine that contains an estimated 100 billion neurons and has the capacity to generate 23 watts of power across synapses while awake.

That system of neural connections is what separates humans from other animals—whose brains often weigh far more. And researchers at McLean Hospital are striving to understand how the molecules that power these circuits work—and how disorders are triggered when something goes awry.

Part of this work involves two neuropeptides that regulate the stress hormone cortisol—pituitary adenylate cyclase-activating polypeptide (PACAP) and corticotropin-releasing factor (CRF). McLean Hospital research focused on these neuropeptides is being supported by a 5-year, $13.5 million grant from the National Institute of Mental Health.

“These are two of the best-understood neuropeptide systems, yet there’s so much left to be done,” said Kerry J. Ressler, MD, PhD, McLean’s chief scientific officer. “Nobody’s really brought to bear today’s powerful neurocircuit and other cutting-edge molecular approaches with the question of how these two molecular systems regulate the stress pathways, how they work in unison, and how they complement or are redundant with each other.”

While Ressler’s lab focuses on these interactions in mice, colleague Sabina Berretta, MD, conducts parallel research with human brains from the Harvard Brain Tissue Resource Center, of which she is the director.

“The assumption that the same neural circuits and functions that we study in mice will directly translate into humans is being challenged,” she said.

The work is focused on the amygdala, the almond-shaped cluster of neurons that controls the fight-or-flight response, Ressler explained. He added that there are as many as 15 amygdala subregions with hundreds of different cell types that control not just fear but also addiction, aggression, and hunger.

Using genetic sequencing tools, Ressler’s lab compares different cells with different gene expression profiles and biochemical properties, in effect creating a map where each cell has its own “zip code.” “Using a map metaphor, the early microscopy and histology tools of the past century allowed us to see a region of the brain like an entire continent,” he explained. “Recent molecular tools allow visualization of more discrete and small regions, perhaps at the level of states or counties on a map. Remarkably, the newest molecular tools for cell-level identification provide the ability to know what’s happening at each individual house.”

But the finding of obvious differences between human and rodent brains necessitates further testing of the hypothesis.

“The advantage of using postmortem tissue is you can go down to the cellular and molecular level,” Berretta explained. “So, in that sense we can link the human imaging back to the other projects within the Conte Center by looking at the molecular aspects.”

The process begins with asking whether neurons that express CRF also express PACAP, and, if so, how they interact.

A second component of her research will look at how these molecular systems are changed in donors who had post-traumatic stress disorder (PTSD).

“We finally have the tools, across species, to start understanding the mechanisms of how the emotion circuits are wired and organized.”

“The first layer is where we simply look at expression of these molecules in different neural cells to understand how they interact,” said Berretta. “Where are they expressed in the brain? We need to look at circuits in humans that others will examine in rodents.

“One of the main hypotheses is there is a small group of neurons that express CRF but also are receptors for PACAP. Those are primary suspects in co-regulating the stress response.”

These twin projects are all about correlating responses of humans with those of animals, Ressler explained.

“We can take a postmortem brain, and we can say ‘yes, in PTSD patients there are different gene expression patterns.’ Or we can do human imaging and say ‘yes, people with these biomarkers have this brain activation pattern.’”

“We finally have the tools, across species, to start understanding the mechanisms of how the emotion circuits are wired and organized in the amygdala in a way that gives us real precision in understanding how they’re regulated with stress. Such progress could have profound effects on our ability to identify novel targets for treatment and intervention in PTSD, depression, and other stress-related disorders.”

The Brain Bank operates 24 hours a day, 365 days a year collecting postmortem human brain tissue that is used worldwide for research on psychiatric and neurodegenerative disorders. 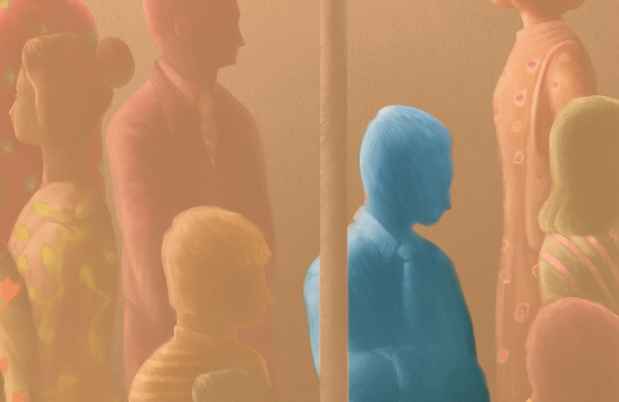