Just as we were preparing to finalize this Year in Review and send it to press, the global COVID-19 pandemic struck our nation. McLean Hospital, in concert with our Mass General Brigham health care system, mobilized an immediate crisis response. Throughout these trying times, McLean Hospital has remained open, active, and devoted to providing comfort and compassionate mental health care for those in need—just as we have for more than 200 years. 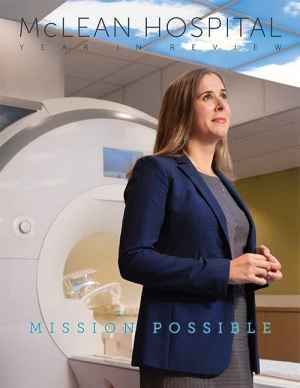 Now, as we transition into the recovery phase, we all have legitimate concerns with respect to the economy, our health, schools, social gatherings, and pretty much every facet of society and the resulting uncertainties, disruptions, and transitions they bring to our work and home lives. We know from history that the number of people in need of psychiatric care often increases tremendously in the months and years that follow major disasters and crises. And it stands to reason that with all the stress, isolation, trauma, and loss that people have endured on a large scale across our country and around the world, McLean’s services will be more in demand now and in the future than ever before.

Now, more than ever, the world is facing a crisis regarding access to mental health care. Psychiatric illness was already prevalent before COVID-19, affecting approximately one-third of the world’s population over a lifetime. Yet access to mental health services has long been limited. In the United States alone, more than 50% of people who need psychiatric care have typically gone untreated.

Even before this pandemic, McLean Hospital was working to address the issue of better access. Today, we redouble the commitment to our vision of a world in which every person will have access to the knowledge, care, and support needed to achieve and sustain behavioral and mental health. While these are ambitious goals, we believe that McLean is in a unique position to see they are met and take responsibility for leading the way in addressing these issues on a global scale.

In this magazine, you will read about some of the exciting milestones we have recently achieved, including:

Improving Access for Child and Adolescent Mental Health Care
A growing demand for child and adolescent mental health services and the availability of a three-acre campus in Arlington are the catalysts for the planned expansion of McLean Hospital services, including the strategic consolidation of certain programs to help clinicians and staff work together more effectively.

Compassionate Caregiving Born From Childhood Experience
“Compassionate curiosity.” It’s a philosophy that has guided Sophia L. Maurasse, MD, along her journey from a 10-year-old in war-torn Liberia—who was trying to understand why some soldiers could be helpful while others were threatening—to her current role working with children and adolescent girls as a McLean Hospital psychiatrist.

Dr. Joseph Gold Is a Man on a Mission
When Joseph Gold, MD, arrived at McLean Hospital in 1979 as a fellow in child psychiatry, the child and adolescent program was in its infancy. Founded in 1973 by Gold’s mentor, Silvio “Skip” Onesti, MD, the Hall-Mercer Center for Children and Adolescents practiced under the standards of the era: compassionate care but long lengths of stay, limited diagnostic concepts, few treatment options, and frequent use of restraints.

Janes Receives Presidential Honor for Young Scientists
McLean Hospital’s Amy C. Janes, PhD, was named as a 2019 recipient of the Presidential Early Career Award for Scientists and Engineers (PECASE). The PECASE is the highest honor given by the U.S. government to scientists and engineers who are starting their independent research careers and show exceptional promise for leadership in science and technology.

A Unique Research Career Inspired by a Medical Diagnosis
Laura Germine, PhD, thought that a chronic disease wouldn’t just affect her personal life. She also feared it would derail her career as a neuroscientist and researcher. Instead, her Type 1 diabetes diagnosis opened a new opportunity in which she would combine her skills as a software developer with her experience as a patient to chart a new path exploring the intersection between physical and mental health.

Improving Our Treatment Approach for Opioid Use Disorder
A new national study, directed in part by Roger D. Weiss, MD, chief of McLean Hospital’s Division of Alcohol, Drugs, and Addiction, aims to create a model to predict who can successfully wean off their medication for opioid use disorder while also exploring how to help patients to continue some form of treatment.

Enhancing Mental Health Education Throughout Ecuador
In 2019, McLean Hospital and the Universidad San Francisco de Quito (USFQ) commenced a collaboration to develop innovative and engaging campaigns to enhance mental health education—for medical students, medical professionals, and members of the public—throughout Ecuador. Through this heightened awareness, the partnership also hopes to reduce the stigma too often associated with psychiatric disorders.

New Possibilities for Parkinson’s Disease
A team of investigators from McLean Hospital and Massachusetts General Hospital reported that reprogramming a patient’s own skin cells to replace cells in the brain that are progressively lost during Parkinson’s disease is technically feasible.

State-of-the-Art Analysis Aims to Improve Early Detection of Psychosis
Early detection has always been the watchword in the treatment of medical conditions. A multidisciplinary team of researchers led by Dost Öngür, MD, PhD, chief of the Division of Psychotic Disorders at McLean Hospital, aims to extend that to the diagnosis and treatment of psychosis.

Dementia: Addressing a Global Health Challenge
As Americans age and the incidence of dementia increases, McLean Hospital is embarking on a path to provide more specialized care for a subset of patients with the behavioral problems that accompany the advanced stages of the illness. According to the World Health Organization, mental health and neurological disorders among older adults account for 6.6% of the total disability for those aged 60 or above, and approximately 15% of adults aged 60 and over live with a mental health disorder.

Honoring the Memory of a Special Young Man
Ann McCauley and Bob Frankel’s son David was a vibrant and loving person who received treatment at McLean over the course of a few years. When David was at McLean, he and his parents appreciated the care they received from the staff, but they especially valued the attentiveness and devotion of frontline staff—employees who interact directly with patients by developing therapeutic relationships and assisting with daily activities. Frontline staff often serve as the first point of contact for patients and are there for them in many ways throughout their treatment stays.

Selena Gomez Receives 2019 McLean Award for Mental Health Advocacy
Singer and actress Selena Gomez was honored with the 2019 McLean Award at the hospital’s Annual Dinner held on September 13. Each year, McLean presents the award to individuals who have furthered the public’s understanding of psychiatric illness and mental health.

Reducing Barriers to Mental Health Care in Pakistan
Alaptagin Khan, MBBS, FRSPH, a research associate at McLean Hospital, is leading an effort to improve the state of mental health care in Pakistan—the country where he grew up and most of his family still lives. More than 216 million people live in Pakistan. Only about 450 of those people, however, are psychiatrists. The numbers are even more striking when considering mental health care access in Pakistan’s rural areas, where there is only about one psychiatrist for every one million people. 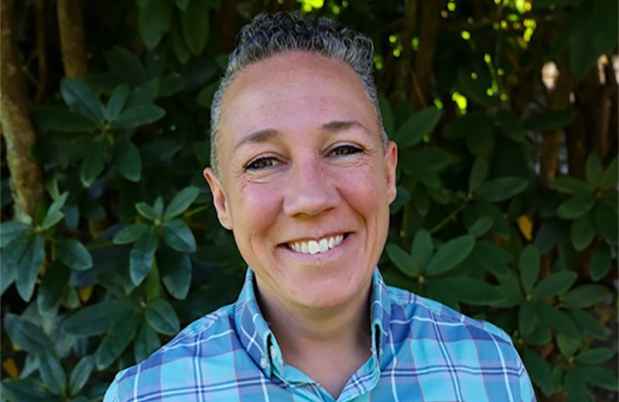