Everything You Need To Know About Dissociative Identity Disorder

DID is often misunderstood: here’s what we need to get right

The origin, experience, and treatment of dissociative identity disorder (DID) are often misunderstood.

When patients come into Milissa Kaufman’s office for treatment for DID, they do not put on different hats, speak in different accents, or display different mannerisms. The thought that they would is a byproduct of misinformed popular beliefs and media, according to Kaufman. Milissa Kaufman, MD, PhD, is the director of the Dissociative Disorders and Trauma Research Program at McLean Hospital and medical director of McLean’s Hill Center for Women.

“What you see in movies and read in books, where individuals seem to have different people living inside of them, is not what DID is,” Kaufman said. “It is unfortunate and creates a lot of misconception with the public.” Although people with DID have a vivid internal sense of identity fragmentation, the point of DID is to remain hidden. “If you have DID,” Kaufman said, “you’re not going to call attention to yourself. It may feel very real inside, but it’s not on parade as is shown in movies or on TV.”

According to a 2010 Psychiatric Times article by Bethany Brand and Richard Loewenstein, only 5% of people with DID exhibit obvious switching between identities. Instead, they point out the majority of people with DID show barely noticeable signs of the condition. These are a mixture of dissociative symptoms (such as a sense of being detached from oneself and one’s emotions) and post-traumatic stress disorder (PTSD) symptoms (such as flashbacks). According to the authors, people with DID also often have symptoms of substance use disorder, eating disorders, and self-destructive behavior.

During a traumatic experience, one way a person can cope is to dissociate or compartmentalize the experience onto another level of awareness. By doing this, one can move through life, to a certain extent, without constant reminders of distressing events.

Someone who develops DID can project overwhelming experiences onto other aspects of self. They often vividly experience their own internal conflicts as occurring between different self-states. The capacity for this form of dissociation develops before the age of seven or eight, a stage in which some children can displace themselves onto other objects.

“Just as children can believe in Santa Claus or have an imaginary friend,” Kaufman said, “some kids go through a stage in which they displace their own thoughts or feelings onto their stuffed animals or have imaginary companions.”

Since a child doesn’t know it is impossible to “turn into a different person,” displacement can become a coping mechanism for one who suffers from repeated abuse and has no one to turn to.

A child’s ability to leave a situation by dissociating “helps them compartmentalize difficult thoughts, feelings, and memories. This allows them to adapt to an extremely difficult situation and continue to grow,” Kaufman said. DID often allows people to maintain attachments, creativity, and the capacity for humor and reflection under extremely difficult circumstances.

Someone with DID becomes so skilled at displacing and personifying aspects of their experience onto other aspects of self. As a result, this shifting happens throughout life, even once the traumatic situation has passed, and even in circumstances when a trigger isn’t harmful. The gaps in memory, confusion, and stress of living with the subjective sense of having “not-me” experiences become distressing. Those with DID often experience depression, mood swings, and disrupted relationships.

A DID Diagnosis Is Often Missed

Kaufman said myths about DID are so ingrained that it is hard for many therapists who are untrained in dissociative disorders to recognize it. DID is not extremely rare. It exists in 1-3% of the general population—making it as common as schizophrenia.

“If you’re not taught to assess for dissociative disorder during training, then you’re going to miss it because it’s not a loud, over-the-top kind of thing,” Kaufman said. Like the general population, she added, many mental health professionals often expect people with DID to come into their office and announce their alternate self-states.

Although DID may become obvious when a stressful event has triggered a patient, Kaufman said, many with the condition are frightened and are doing their best not to call attention to themselves.

“If you think about it, the whole point of DID is that the person who has it is not constantly bombarded with very difficult memories, thoughts, and feelings, which they will compartmentalize,” Kaufman said. “It doesn’t really make sense that they would come into your office and easily talk about their symptoms and struggles.”

One of the controversies about DID is that it is created by mental health professionals who suggest it to gullible clients. This model suggests that therapists who obtained information from the media might somehow lead their patients into thinking they have histories of childhood abuse when abuse never happened.

A 2016 publication in the Harvard Review of Psychiatry by Bethany Brand and others, however, states that no study has ever supported this “fantasy model.” Instead, several studies confirm that DID develops in individuals who have experienced severe trauma. DID is also repeatedly found in people who are unaware of the disorder and in cultures where the condition is unknown.

Sign up now for our webinar series supporting mental health and wellness.

Many believe that those with DID have psychosis—a lost sense of reality. In fact, unless people with DID are in the throes of PTSD and are being highly triggered, they have an intact sense of reality. According to a 2018 article in Clinical Research by Richard J. Lowenstein, MD, “When not overwhelmed by post-traumatic intrusions, DID patients show … a hyperdeveloped capacity to observe their own psychological processes.”

DID is treatable with a three-phased approach that involves focusing on safety and stability, processing traumatic events, and eventually being able to go through life without dissociating. Any phase of the process can take several years.

In contrast to PTSD stemming from a single event that happened in adulthood, DID is associated with repeated traumatic events during critical developmental periods in early childhood. Because of this, Kaufman said, “Typical treatments for PTSD, such as a time-limited course of prolonged exposure or EMDR, are not the standard of care.”

In addition to symptoms of PTSD and dissociation, individuals with DID often need treatment for co-occurring issues. These include depression, suicidality, self-harm behaviors, disordered eating, and body image distortions. Treatment must also focus on individuals’ struggles to feel safe in close relationships and the world. Kaufman said, “People with DID often view themselves as damaged, somehow at fault for the abuse sustained during childhood, and unworthy of care.”

Because of this, she said, “The development of a trusting alliance and safety and symptom management during treatment takes time.” Trauma-focused work must be paced gradually. The overriding goal is to maintain stability, rather than moving quickly into focusing mainly on trauma processing.

As symptoms of PTSD and co-occurring issues stabilize, DID patients will begin to integrate compartmentalized experiences. “They begin to tolerate an understanding that the painful thoughts, emotions, and memories they compartmentalized away as children—however difficult they may be—really do belong to them,” Kaufman said. “They learn to connect their life experiences to their sense of self. They begin to feel as though they have a whole and coherent narrative of their own life.”

Seeking Help for DID

If you or a loved one struggles with trauma or dissociative identity disorder, these resources may help:

McLean offers an array of treatment options for trauma and related disorders. To learn more, call us today at 877.964.5565.

Looking for even more information about DID? You may find these resources helpful.

These organizations may also have useful information and community supports:

International Society for the Study of Trauma and Dissociation
An international, non-profit, professional association, ISSTD develops and promotes comprehensive, clinically effective, and empirically based resources and responses to trauma and dissociation. Primarily a professionally oriented society, they welcome both professionals and members of the general public.

New England Society for the Treatment of Trauma and Dissociation
NESTTD provides a community for professionals who understand the profound effects of severe and prolonged trauma and who share an excitement about learning new developments in this rapidly expanding field. They offer accessible professional training delivered by distinguished clinicians and researchers in the field of trauma.

In the Media: 9/11 Flashbacks, Traumatic Memories and Stress Impacting People on 20-Year Anniversary 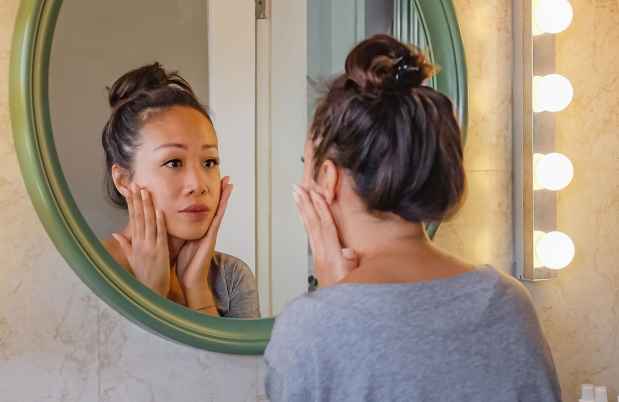