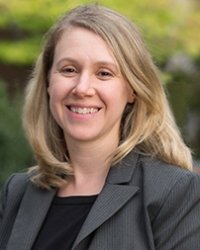 Dawn E. Sugarman, PhD, is a research psychologist in the Division of Alcohol, Drugs, and Addiction at McLean Hospital. Dr. Sugarman focuses her research and clinical work on the treatment of addictive behaviors. She is particularly interested in gender-specific treatment for substance use disorders and the use of technology in effective treatment dissemination.

Previously, Dr. Sugarman’s research has been supported by the Norman E. Zinberg Fellowship Award, and she was the inaugural recipient of the Sarles Young Investigator Award for Research on Women and Addiction. She is a current recipient of a National Institute on Drug Abuse (NIDA)-funded career development award focused on increasing women’s engagement in medication treatment for opioid use disorder through digital intervention. Dr. Sugarman also serves as the communications editor for the Harvard Review of Psychiatry.

Dr. Sugarman’s research primarily focuses on the use of technology in increasing access to evidence-based treatments for substance use disorders. Her work emphasizes special populations, such as women and individuals with substance use and co-occurring psychiatric disorders.

Dr. Sugarman was the inaugural recipient of the Sarles Young Investigator Award for Research on Women and Addiction at McLean Hospital. From this award, she developed a gender-specific, web-based intervention for women with substance use disorders. She is currently working on adapting this intervention for young adult women receiving care for a psychiatric disorder who have co-occurring substance use problems.

In addition, she was part of the Partners Connected Health Innovation Challenge winning team in 2017. She is working with the team to develop a mobile application based on integrated group therapy for individuals with substance use and co-occurring mood disorders.

Opioid overdose fatalities in women are outpacing that of men, and women with opioid use disorder have unique clinical presentations, barriers to treatment engagement, and treatment needs. Recently the U.S. Department of Health and Human Services’ Office on Women’s Health outlined the importance of providing care to women with opioid use disorder that is gender-specific and emphasized that women-focused services are needed to increase the use of effective medication treatments.

Dr. Sugarman’s research aims to develop and examine the feasibility of a gender-specific digital intervention for women with opioid use disorder to increase their initiation and engagement with evidence-based medication treatments.

Previously, Dr. Sugarman’s research has been supported by the Norman E. Zinberg Fellowship Award. From this award, she developed a gender-specific, manual-based, group therapy for men with substance use disorders. This is the first manualized, CBT-based, gender-specific recovery group that can accept men with different substances of use and different clinical characteristics. This group has been implemented at Fernside, a McLean Hospital Signature Addiction Recovery Program, as part of their clinical practice.

Sugarman DE, Reilly ME, Greenfield SF. Treatment outcomes for women with substance use disorders: a critical review of the literature (2010-2016). Current Addiction Reports. 2017;4, 482-502.

Sugarman DE, Meyer LE, Reilly ME, Greenfield SF. Feasibility and acceptability of a web-based, gender-specific intervention for women with substance use disorders. Journal of Women’s Health. 2020;29, 636-646.