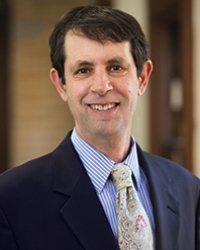 Dr. Weiss’ career has focused on treatment and clinical research with substance-dependent patients. He has received numerous NIH grants, including for developing integrated group therapy, an evidence-based treatment for co-occurring bipolar and substance use disorders, and leading a multi-site treatment study of prescription opioid dependence. He has authored over 300 publications, including several books, and was vice chair of the American Psychiatric Association Task Force on Practice Guidelines for Patients with Substance Use Disorders.

Dr. Weiss was named a member of honor by the Spanish Society for Dual Disorders in 2011, and has received numerous other awards, including the H. David Archibald Award for Outstanding Research and/or Practice in the Addictions from The Centre for Addiction and Mental Health in Toronto (2007), the Jack H. Mendelson Research Award from McLean Hospital (2012), and the Dan Anderson Research Award from the Hazelden Foundation (2012).

The following is a sampling of Dr. Weiss’ extensive research, which has made invaluable contributions to the field of substance use disorders discovery.

Dr. Weiss and colleagues have developed a group treatment for patients with co-occurring substance use disorders and bipolar disorder that has been tested and proven to be effective. This method, integrated group therapy (IGT), was named one of only five “examples of promising behavioral therapies for adult patients with co-occurring conditions” in a National Institute on Drug Abuse research report.

In collaboration with Yale University, McLean’s Division of Alcohol, Drugs, and Addiction is the Regional Research and Training Center for the New England Consortium Node of the National Institute on Drug Abuse Clinical Trials Network (CTN). CTN’s primary goal is to improve the overall quality of drug abuse treatment in community settings by bringing university-affiliated researchers and community-based clinicians together to design clinical trials that test the effectiveness of behavioral, pharmacological, and integrated behavioral and pharmacological treatment interventions across a broad range of community-based settings and diverse patient populations. Another major goal is to implement addiction treatment studies in community programs and general medical settings so that patients receive full benefit of the evolving science of addiction treatment. Division researchers have played a leading role in the CTN and Dr. Weiss’ lab incorporates findings from these studies and delivers cutting-edge, evidence-based treatments.

Sleep disruption appears to indicate vulnerability to post-traumatic stress disorder (PTSD) as well as being a symptom of PTSD. In the study “Changes in Sleep Disruption in the Treatment of Co-occurring Post-Traumatic Stress Disorder and Substance Use Disorders,” improvement in sleep during treatment was associated with better overall PTSD outcomes. These results suggest that residual sleep disruption following PTSD treatment is common in women with co-occurring PTSD and substance use disorders.

Dr. Weiss and his lab examined the association between the presence of a co-occurring psychiatric disorder—such as depression or anxiety—and sociodemographic and clinical characteristics in this secondary analysis of patients entering a treatment study for dependence on prescription opioids. Women were 1.6 times more likely than men to have a co-occurring disorder. Individuals who are opioid-dependent with a co-occurring psychiatric disorder had a better response to buprenorphine-naloxone treatment despite demonstrating greater impairment at baseline.

In the multisite Prescription Opioid Addiction Treatment Study (POATS), participants randomly assigned to receive individual drug counseling in addition to buprenorphine-naloxone and medical management had outcomes that did not show increased levels of opioid use. Dr. Weiss’ lab therefore conducted a secondary analysis of POATS data to determine whether a subgroup of participants benefited from drug counseling in addition to buprenorphine-naloxone and medical management, either due to greater problem severity or more exposure to counseling as a result of greater treatment adherence. Patients who had a history of heroin use and received drug counseling were more likely to be successful (i.e., abstinent or nearly abstinent from opioids) than heroin users who received medical management alone, but only if they were adherent to treatment and thus received adequate exposure to counseling. These findings emphasize the importance of treatment adherence, and suggest that patients with prescription opioid dependence are a heterogeneous group—with different optimal treatment strategies for different subgroups.

In the Media: The Challenges of Studying Marijuana’s Effects on the Heart and Brain
More News