Know the Facts About Suicide

Know the facts and help fight the stigma

September is National Suicide Prevention Month, which helps shine a light on a topic that is often not discussed out of fear and stigma.

According to Dost Öngür, MD, PhD, chief of the Center of Excellence in Psychotic Disorders at McLean Hospital, the recent suicide of actor and comedian Robin Williams served as a stark reminder that we have a long way to go in helping people at serious risk for self-harm.

“Suicidal thinking is common and widespread, especially among people with mental illnesses,” says Öngür. “Yet we don’t have good ways of deciding who is at genuine risk, and who is struggling but who won’t go through with hurting themselves. The reality is that there is no established way of saying this person is at higher risk than that person.” 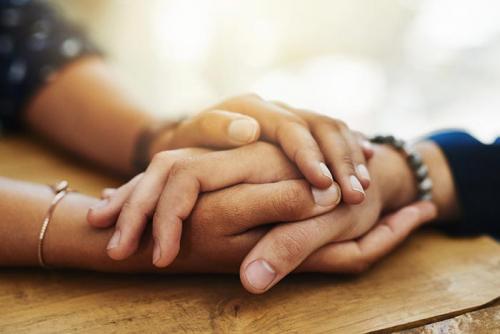 White, middle-aged men with medical problems are at the highest risk, but it’s not entirely clear why. Öngür notes that “this idea of control and virility and being able to deal with the world in a certain way—as that starts to slip away, there’s often a sense of loss of control and threat to one’s manhood, and that seems to be associated with higher rates of suicide.”

Öngür and his colleagues hope that Williams’ death will motivate more people to get help for depression and spur the nation to treat suicide as a public health crisis. Suicide claims more than 38,000 American lives each year—more than the number killed by car accidents, according to the Centers for Disease Control and Prevention—and the rate hasn’t budged in decades.

“90% of people who die by suicide have an existing mental illness or substance misuse problem at the time of their death,” says Öngür. “Mental illness can affect anyone. It doesn’t discriminate based on gender, age, race or socioeconomic status.”

Talking about suicide is the best way to prevent it. Although it is not possible to predict suicide with any certainty, our best tool is recognition of the signs that many people exhibit when contemplating suicide. The following three behaviors should prompt you to immediately call the National Suicide Prevention Lifeline at 1.800.273.TALK (8255) or a mental health professional:

Other behaviors may also indicate a serious risk—especially if the behavior is new; has increased; and/or seems related to a painful event, loss, or change:

Protective factors for suicide include:

We cannot be afraid to talk about suicide or mental health issues. If you or a loved one is experiencing suicidal thoughts, please reach out to the National Suicide Prevention Lifeline at 1.800.273.TALK (8255) or a mental health professional.

Planning Can Help Our Mental Well-Being

Can We Control Our Anxiety and Keep It From Controlling Us?

The Importance of Gratefulness