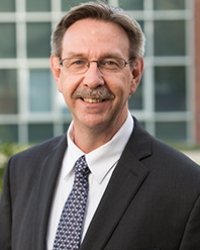 Pierre R. Leblanc, PhD, received his BSc in Biochemistry from McGill University and his PhD in Biochemistry from McMaster University, studying membranes biogenesis. He performed his post-doctoral work at the Massachusetts Institute of Technology, focusing on the gamma/delta T-cell receptor rearrangements and at Tufts University Medical School, investigating pathogenic Vbeta T-cell receptor usage in a mouse model of SLE.

Dr. Leblanc joined Boston University Medical Center as a staff scientist studying the immunoglobulin repertoire of individuals infected with HIV. He held several positions in industry before joining the Center for Integration of Medicine & Innovative Technology (CIMIT) at the Massachusetts General Hospital. As a member of the Vaccine & Immunotherapy Center he studied accelerated vaccine development and targeted cancer therapies until February 2015. He joined McLean Hospital in March 2015 as senior research project manager in the Molecular Neurobiology Laboratory.