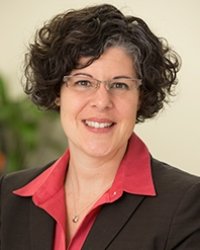 Marisa M. Silveri, PhD, has been studying the neurobiology of brain development and consequences of alcohol and drug abuse using preclinical and clinical models for over two decades. Her current work uses non-invasive magnetic resonance techniques to examine brain structure, function, and neurochemistry, focusing on consequences of alcohol use and abuse. Neurobiological measures are examined relative to cognitive ability and clinical indicators of mood, anxiety, and impulsivity across healthy adolescent, emerging adult, and adult cohorts, and those with addictions and co-occurring psychiatric illnesses.

Dr. Silveri is a recipient of awards from the Research Society on Alcoholism and the College of Problems on Drug Dependence. She has received NIH funding from the NIAAA, including two R01s focusing on the impact of alcohol use on adolescent brain development and the neurobiological consequences of binge drinking in emerging adults.

Neuroimaging provides a non-invasive window into brain development. Studies have identified important maturational milestones from age 10 to the early 20s, which—with cognitive and emotional maturation—allows for a successful transition from dependence to independence. Healthy neuronal development is notably susceptible to alcohol and drug use, and therefore has a lifelong influence on mental health and behavior. Accordingly, Dr. Silveri’s Neurodevelopmental Laboratory on Addictions and Mental Health, which was founded in 2010, investigates the overlap between brain development, substance use, and mental illness with the goal of helping to explain clinical symptom onset. They also investigate brain chemistry, mood, and cognition in depression. Collectively, the aim is to identify who is at greatest risk for addictive and psychiatric disorders.

The lab focuses on healthy development of GABA in the frontal lobe during adolescence, and the impact of initiation of alcohol use. Dr. Silveri’s results provided the first in vivo human evidence of lower frontal lobe GABA in healthy adolescents relative to emerging adults, which predicted better cognitive control and lower impulsivity. Ongoing work examines adolescents longitudinally, to identify the role of GABA in brain maturation, which may contribute to risky behavior and could in turn interfere with healthy neurodevelopment and compromise health and safety.

Together with their adolescent work, Dr. Silveri’s group examines the consequences of emerging adult (ages 18-24) binge drinking on brain structure and chemistry—specifically frontal lobe neurochemistry and cognition—to probe the neurobiology underlying the brain mechanisms associated with impulsive and risky behaviors. Research results indicate significantly lower frontal lobe GABA in binge drinkers relative to light drinkers, findings that were stronger in those who had experienced an alcohol-induced blackout. They also found verbal learning was uniquely impacted by binge drinking between bouts of intoxication. Ongoing work examines multiple neuroimaging parameters in college-aged freshmen who binge drink as potential predictors of later problematic alcohol use.

Dr. Silveri’s group examines sex-dependent differences in GABA and hippocampal function using MRS and neuropsychological assessment. Data demonstrate differences in GABA that were related to menstrual cycle phase in women. Significantly lower GABA was specific to right hippocampus, which was related to learning and memory performance. Ongoing work examines brain GABA levels relative to mood and cognition in women with depression. These findings help elucidate neurobiological underpinnings associated with sex differences in the expression of mood and additive disorders.