McLean Institute for Technology in Psychiatry

The McLean Institute for Technology in Psychiatry (ITP) was founded in 2016 to advance psychiatric research and practice through innovations in digital health technology and informatics.

To accomplish these goals, we work with global leaders in academia, industry, and healthcare to: 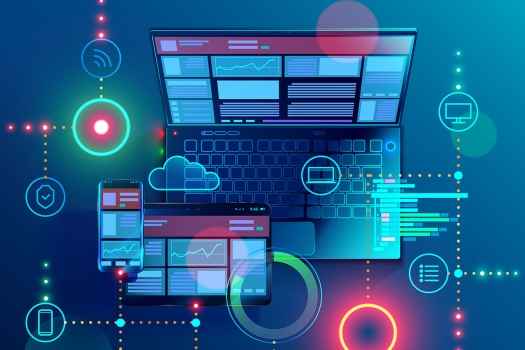 The ITP also hosts the annual Technology in Psychiatry Summit. Join us to help build a more accessible future.

As a freestanding psychiatric hospital and the largest psychiatric affiliate of Harvard Medical School, McLean Hospital provides a unique environment for optimizing treatments and providing support for a wide range of patient-centered research initiatives. ITP brings together the leading minds in technology, science, and clinical care with a shared vision of using technology to improve mental health.

Together with partners in academia and industry, ITP develops new technologies for understanding and treating psychiatric illness such as apps, wearables, web-based games, surveys, and video-based platforms. It is the ITP’s mission to incorporate these technologies into research and clinical care to address the most pressing problems in mental health.

In addition to providing leadership in technology development and mental health, ITP offers comprehensive support for navigating the challenges of responsible and ethical discovery. We help organizations and investigators:

If you are interested in learning more about the McLean Institute for Technology in Psychiatry, please contact us.

Below are some examples of current projects taking place at or in collaboration with the McLean Institute for Technology in Psychiatry (ITP). In each project, the goal is to improve our ability to understand or improve mental health and create systems that meet patients where they are through personalized, digital solutions that can be made widely available.

Beiwe is the world’s first fully encrypted smartphone platform for continuous monitoring of patients with severe mental illness coupled to world-class machine classifiers. The goal of Beiwe is to build a clinical warning system capable of detecting and adapting to complex changes in behavior, while they are happening or even before. This will enable clinicians to help identify and support patients during the times when they need it most.

Cognitive Assessment in the Wild

TestMyBrain is a web-based cognitive assessment platform that takes advantage of the strong public interest in the mind and brain as an engine for scientific advancement. Since 2008, the TestMyBrain project has tested almost 2 million people across over 50 web-based tasks specifically designed to engage the interest of research participants and provide high-quality research data. Recently, the NIMH has contracted with McLean Hospital and McLean personnel associated with the TestMyBrain project to develop recommendations for an RDoC field test battery that can be used to measure clinically relevant dimensions of behavior in a field test setting, outside of the traditional laboratory or clinic. The investigators are humbled to have this opportunity to collaborate with experts in clinical and basic sciences to develop reliable and valid measures of these fundamental components of mental health disorders.

The Emerald sensor uses wireless radio signals to determine the location and motion of a person in their living environment, thus collecting a complex data analysis of a patient. As a passive, wall-mounted sensor, Emerald does not require patients to change their behavior or interact with wearable technologies. The goal is to be able to use this technology to help seniors with mental health conditions by providing clinicians with day-to-day information about how people live in their environment.

Read more about this study

The Last Mile Problem in Psychiatry

The MultiSense project uses video to capture naturalistic face-to-face clinical interviews. We then use these videos in combination with machine learning to improve the efficiency and robustness of mental health assessments through automatic sensing. The goal of the MultiSense project is to improve patient care and enable high-throughput behavioral characterizations for conventional clinical trials.

Read more about this study

Dr. Sava utilizes her experiences in academia, industry, and business to help propel the initiatives of the McLean Institute for Technology in Psychiatry and drive its mission to identify, innovate, and implement technologies that can significantly impact patient lives. She conducted her PhD studying the mechanisms underlying ketamine’s fast-acting antidepressant effects funded by a National Science Foundation Graduate Research Fellowship.

Dr. Baker is also the director of the Laboratory for Functional Neuroimaging and Bioinformatics at McLean Hospital. His research uses both large scale studies and deep phenotyping approaches to understand the nature and underlying biology of mental illnesses, particularly lifelong conditions like schizophrenia and bipolar disorder.

Dr. Germine is also the director of the Laboratory for Brain and Cognitive Health Technology at McLean Hospital and founder of TestMyBrain.org. Her research is oriented around understanding the relationship between cognitive health and psychopathology, aided by the development of web-based tools for measuring cognition that are accessible, scalable, and meet the goals and needs of patients.

Dr. Vahia is also the medical director of McLean’s Geriatric Psychiatry Outpatient Services. His research focuses on the use of technology and informatics in the assessment and management of older adults.

High income nations, on average, spend 5% of total health spending on mental health; for lower middle-income countries the figure is less than 2%. (WHO report)

Mental health workers account for only 1% of the global health workforce and 45% of the world’s population lives in a country with less than one psychiatrist per 100,000 people. (APA report)

Nearly nine-in-ten Americans today are online, up from about half in the early 2000s. (Pew Research Center)

Roughly 3/4 of Americans (77%) now own a smartphone. (Pew Research Center)

Today just over one-in-ten American adults are “smartphone-only” internet users—meaning they own a smartphone, but do not have traditional home broadband service. (Pew Research Center)

90% of the individuals in this survey (NAMI survey, plus academic source) owned more than one digital device such as a personal computer, tablet, or smartphone. 54% had access to smartphones compared to 64% of all Americans. Many survey respondents use their devices to cope with mental illness:

Most (72%-97%) patients with mental illness have reported the use of mobile phones for activities other than spoken conversations such as sending emails, web browsing, and social networking. (National Medical Journal of India)

Telepsychiatry and the Opportunity for Digital

“The global telehealth market is expected to be worth US$34.27 billion by the end of 2020, with North America being the largest market globally accounting for more than 40% of the global market size.” (HIT Consultant)

“Three in five Americans are open to virtual support service options (e.g., video conference calls) with pharmaceutical companies to help them understand medications. This is especially true with millennials, as 70% want to leverage these modern technologies to communicate with their drug providers.” (Salesforce 2017 Connected Patient Report)

“A majority of Americans currently communicate with their doctors via traditional channels to schedule appointments, with 80% using the phone.” (Salesforce 2017 Connected Patient Report)

Insurance companies: “Millennials are more than three times as likely than baby boomers (26% vs. 7%) to use their insurance companies to find health care providers.” (Salesforce 2017 Connected Patient Report)

Mood disorders, including major depression, dysthymic disorder and bipolar disorder, are the third most common cause of hospitalization in the U.S. for both youth and adults aged 18-44. (NAMI)

If there’s parity in tools, that means we can have parity in methods and quality of care delivered digitally.