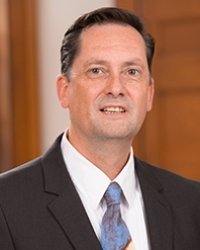 As a graduate of University of Heidelberg Medical School, Dr. Sonntag studied the molecular biology of viruses, and as a research fellow at the Transplantation Biology Research Center at Massachusetts General Hospital, he conducted research in transplantation immunology. In 2000, he joined McLean Hospital where his laboratory is integrated in the Program for Neuropsychiatric Research, directed by Dr. Bruce Cohen.

Amongst others, Dr. Sonntag’s work has contributed to developing a cell therapy for Parkinson’s disease (PD), and to understanding a role of dysregulated gene and miRNA expression networks in PD and schizophrenia, or dopaminergic and adrenergic receptors in hedonic and impulsive behavior. His research has also discovered a novel mechanism to regulate neurotrophic growth factor-associated signaling pathways by miRNAs in context of PD and Alzheimer’s disease (AD), and a role of dysfunctional bioenergetics in the pathogenesis of late-onset AD.

Dr. Sonntag’s scientific interest is to understand the molecular and cellular mechanisms and factors governing neuronal function and dysfunction in the aging brain and in neurodegenerative or neurological disorders. His research is based on the concept that normal brain aging and the pathogeneses of sporadic neurological diseases are not a consequence of a few single or ‘disease-specific‘ factors alone, rather they are driven by holistic events that include one’s individual genetic and epigenetic condition, progression of aging, and lifestyle. His work stems from the understanding that cell function depends on a strictly organized network orchestrating intracellular and environmental factors that include bioenergetics and metabolic processes, regulatory mechanisms of gene expression levels, and the effects of specific factors and signaling pathways that combined provide a molecular framework to achieve normal cell function. In contrast, progressive dysfunction and deregulation of these multiple interacting cellular components cause malfunction and ultimately lead to disease development.

The Laboratory for Translational Research on Neurodegeneration is an integral part of the Program for Neuropsychiatric Research under the direction of Bruce M. Cohen, MD, PhD. As part of the lab’s mission, Dr. Sonntag and his staff investigate the role of bioenergetics and metabolism in aging and in the pathogenesis of late-onset Alzheimer’s disease (LOAD), and recent work has supported the concept that dysfunctional bioenergetics may be a key mechanism contributing to the risk and pathophysiology of this neurodegenerative disorder. The overall goal of this research is to provide new insight into the function and dysfunction of human neural cell populations in aging and neurological disorders, such as LOAD, and to identify mechanisms and molecules that can be translated to developing and testing novel diagnostic tools and therapeutics.

Dementia – The Epidemic of Our Time
More News