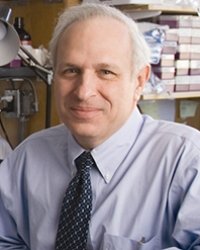 Bruce M. Cohen, MD, PhD, leads a multidisciplinary research program on the causes of psychiatric disorders, with the goal of developing new, more effective, and better tolerated treatments. He and his colleagues employ pharmacologic, brain imaging, epidemiologic, genomic, and cell model approaches to study neuropsychiatric disorders. Collaborating investigators work at McLean and other sites, including the Broad Institute, Harvard University, and MIT. Dr. Cohen has directed clinical and laboratory research projects at McLean for over 40 years. He is the founding director of the McLean Brain Imaging Center, and president and psychiatrist in chief emeritus at McLean Hospital, having led McLean from 1997 through 2005.

Dr. Cohen was named Psychiatrist of the Year by the National Alliance on Mental Illness of Massachusetts in 2005 and 2010. He has over 400 peer reviewed published manuscripts and book chapters describing the results of his work.

The Program for Neuropsychiatric Research (PNPR) at McLean Hospital, founded in 2004 by Dr. Bruce Cohen, is a consortium of investigators and clinicians using laboratory, brain imaging, and clinical techniques to increase understanding of the causes of psychotic, mood, and related psychiatric disorders, including Alzheimer’s disease, and use that knowledge to guide the development of improved treatments.

Clinical phenotyping of participants includes standardized diagnostic schedules and symptom scales. DNA is obtained for genetic studies on all subjects. Many subjects undergo structural, spectroscopic, and functional brain imaging. Similarly, biopsies are obtained from many subjects and skin cells (fibroblasts) are isolated from these specimens, dedifferentiated to iPS lines, and reprogrammed and studied as brain cells and neural and glial lines, in culture.

Particular interests of Dr. Cohen’s group include abnormalities of bioenergetics and mitochondrial function in psychotic, mood, and neurodegenerative disorders and abnormalities of connectivity and myelination, especially in those with schizophrenia. Dr. Cohen and others have discovered consistent and convergent evidence that these mechanisms explain substantial portions of the risk for psychiatric disorders. The findings and the cell lines may be of great use in the pursuit of new targets for novel treatments of neuropsychiatric disorders.