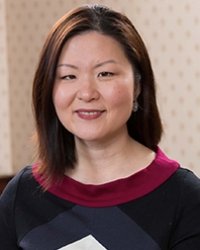 Lois W. Choi-Kain, MEd, MD, is the director of the Gunderson Personality Disorders Institute. The institute provides training and supervision for numerous proven treatments, including mentalization-based treatment (MBT), dialectical behavioral therapy for post-traumatic stress disorder (DBT-PTSD), transference focused psychotherapy (TFP), and general psychiatric management (GPM). She works nationally and internationally to expand teaching efforts on borderline personality disorder and its evidence-based treatments and engages in research to study resources for training clinicians who need direction and patients who need access to informed care. With her mentor, John Gunderson, Dr. Choi-Kain developed a training program for GPM and has been expanding its applications.

In 2009, Dr. Choi-Kain developed the Gunderson Residence, an specialized residential program for adult women with severe personality disorders. In 2013, she founded the BPD Training Institute, a major center for proliferating awareness of and evidence-based care for severe personality disorders. Dr. Choi-Kain has also developed training clinics in McLean’s Adult Outpatient Services for treatment approaches such as MBT and DBT-PTSD.

Through mentorship of post-doctoral fellows, residents, psychology interns, practicum students, and research assistants, Dr. Choi-Kain has been involved in several research studies. A major focus of her research is on access to care for patients with personality disorders. Recent research projects include an analysis across 21 countries that found a dearth of providers certified in “specialist” BPD treatments.

Taken together, these findings pave the way for a BPD care landscape in which treatment is more accessible and more effective in helping patients not only achieve remission but also functionally recover.

Dr. Choi-Kain’s other research topics include briefer forms of empirically validated treatments for BPD and the relationship between attachment, mentalization, and BPD. Other work involves treatments for narcissistic personality disorder and the development of adaptations of general psychiatric management to other settings and populations.

In the Media: Alcohol-Related Death Has Risen 25% – Why Women’s Drinking Is of Particular Concern