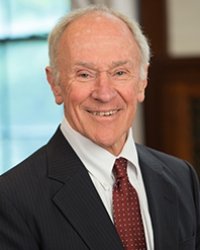 Harrison G. Pope, MD, MPH, has conducted research in a wide range of areas in psychiatry and has authored more than 300 peer-reviewed papers. This work includes many publications on the diagnosis and treatment of psychotic disorders and major mood disorders, together with extensive research on eating disorders and related issues of body image in both women and men. More recently, Dr. Pope has also focused on substance abuse disorders, with emphasis on drugs such as cannabis, hallucinogens, ecstasy, and anabolic-androgenic steroids.

Dr. Pope, in conjunction with James I. Hudson, MD, ScD, SM, founded the Biological Psychiatry Laboratory in 1984, to study the causes, features, and treatments of mood disorders, eating disorders, psychotic disorders, personality disorders, and substance abuse. Their research reflects and reinforces the advancing scientific understanding of mental disorders and their biological basis.

Dr. Pope is arguably the leading researcher in the world on the abuse of anabolic-androgenic steroids (AAS). In addition, the lab has published extensively on the neuropsychological effects of cannabis (marijuana), “ecstasy,” and hallucinogens. The lab is also a leading authority on binge eating disorder, a common cause of severe obesity. They previously pioneered new insights into the causes and treatment of bulimia nervosa.

Additionally, Drs. Pope and Hudson and their researchers developed and explored the theory that a shared physiological abnormality contributes to a range of disorders running in families. Collectively labeled “affective spectrum disorder,” these conditions include mood disorders, anxiety disorders, eating disorders, and fibromyalgia.

Dr. Pope’s research on the adverse effects of anabolic-androgenic steroids (AAS) and other performance-enhancing drugs addresses psychiatric effects of AAS use and ASS withdrawal, the cardiac toxicity of AAS (which is emerging as a serious public health problem), and cognitive deficits in AAS users. He is also examining long-term exposure to high doses of AAS and whether this may lead to potentially irreversible neurotoxic effects on the brain, the long-term effects of AAS on the neuroendocrine system, and the adverse musculoskeletal effects of AAS.

In a multimodal neuroimaging study, the lab is using functional MRI (fMRI) and magnetic resonance spectroscopy (MRS) to identify early functional and neurochemical changes in the brains of patients with major depression who are taking the antidepressant citalopram. These changes might predict later treatment response.

They are also using fMRI and MRS to examine functional and neurochemical abnormalities in the rostral anterior cingulate cortex in patients with severe obsessive compulsive disorder (OCD). Potentially this will provide valuable insights into the neurobiology of OCD, and further support the investigation of glutamate-modulating treatments for OCD.

The lab has published extensively on the issue of memory for traumatic events such as childhood sexual abuse, pointing out that the hypothesis of “repressed memory” is not supported by valid scientific evidence.

Dr. Pope and his staff are studying the extent to which borderline personality disorder (BPD) and its sectors of phenotypic traits are familial, and whether BPD coaggregates with other disorders in families. In addition, they are also examining the extent to which latent familial internalizing and externalizing factors contribute to BPD and the degree to which traits such as anxiety, cognitive dysfunction, and aggression are associated with BPD, and the extent to which such associations reflect common familial factors.

New Hope for Binge Eaters: Advances in the Understanding and Treatment of Bulimia
by Harrison G. Pope, Jr., MD, James I. Hudson, MD
(Harper and Row, 1984)

Predictive Biomarkers Could Ease the Exhaustive Trial-and-Error of Antidepressants